I was born in the eastern suburb of Kumamoto city, one of the biggest bedroom communities in the center of Kyushu Island.
This used to be a rural zone where we enjoyed strolls along the narrow path in the rice fields.
In spring I would hear frogs cry in the paddy fields and in fall see many dragonflies flying in the sky.
When I was a child, I would often run around the fields to catch them.

Now I have lived in Tokyo for about thirty five years, which is longer than I lived in my home town.
I return to my home town three or four times a year to visit my ancestors’ graveyard during the New Year's Holidays and the Bon season.
But each time I go back to my birthplace, I am very disappointed to see the dramatic changes around my home town, nothing reminds me of the good old days.

In 1979, I first started juku business in Edogawa and then opened a second and a third school after another with an increasing number of students.
In 1994, it was incorporated as a private limited company.

Finally, I’d like to comment on my certificates.
I got STEP 1st grade in 1974, passed the State Test as a Tour Guide Interpreter in 1991, and acquired a score of 950 in TOEIC in 1994.
Besides those English-related qualifications, I also hold pre-first grade of the German Proficiency Test.

I have such a wide range of hobbies as travelling abroad, collecting stamps, visiting historic spots, and doing many kinds of sports.
Especially I am very interested in German castles of medieval era that I have visited them many times so far.

Special Thanks to Mr. Yuya Suzuki

First of all, I’d like to thank Mr. Yuya Suzuki, one of my students who had learned English here at my school for more than 14 years.
And, this time, he has helped me to make update to the website of my school again.
Without his splendid idea and practical design know-how, it would not have been renewed for the first time in six years.

Let me take just a little time introduce him to readers of this website.
When he first came to my school, he was aged thirteen and in the seventh grade.
I still remember he told me he had been poor at the subject of English and wanted to improve his English skills.

As he grows up year by year, it was clear he had made steady progress in English by passing STEP 1st grade or Society for Testing English Proficiency in 2007, he also has succeeded in the “ A “ grade Volunteer Interpreters Test in 2008, the “A “ grade of the UN Association's Test of English in 2009, and acquired a score of 980 in the TOEIC Test in 2011 respectively.
But I think it is noteworthy that he has never been to any English-speaking countries, much less studied abroad.

I am definitely proud of him as the brightest student that I have ever taught English at my school since I started a juku school or a cram school in 1979.
Now he has become a successful business person. 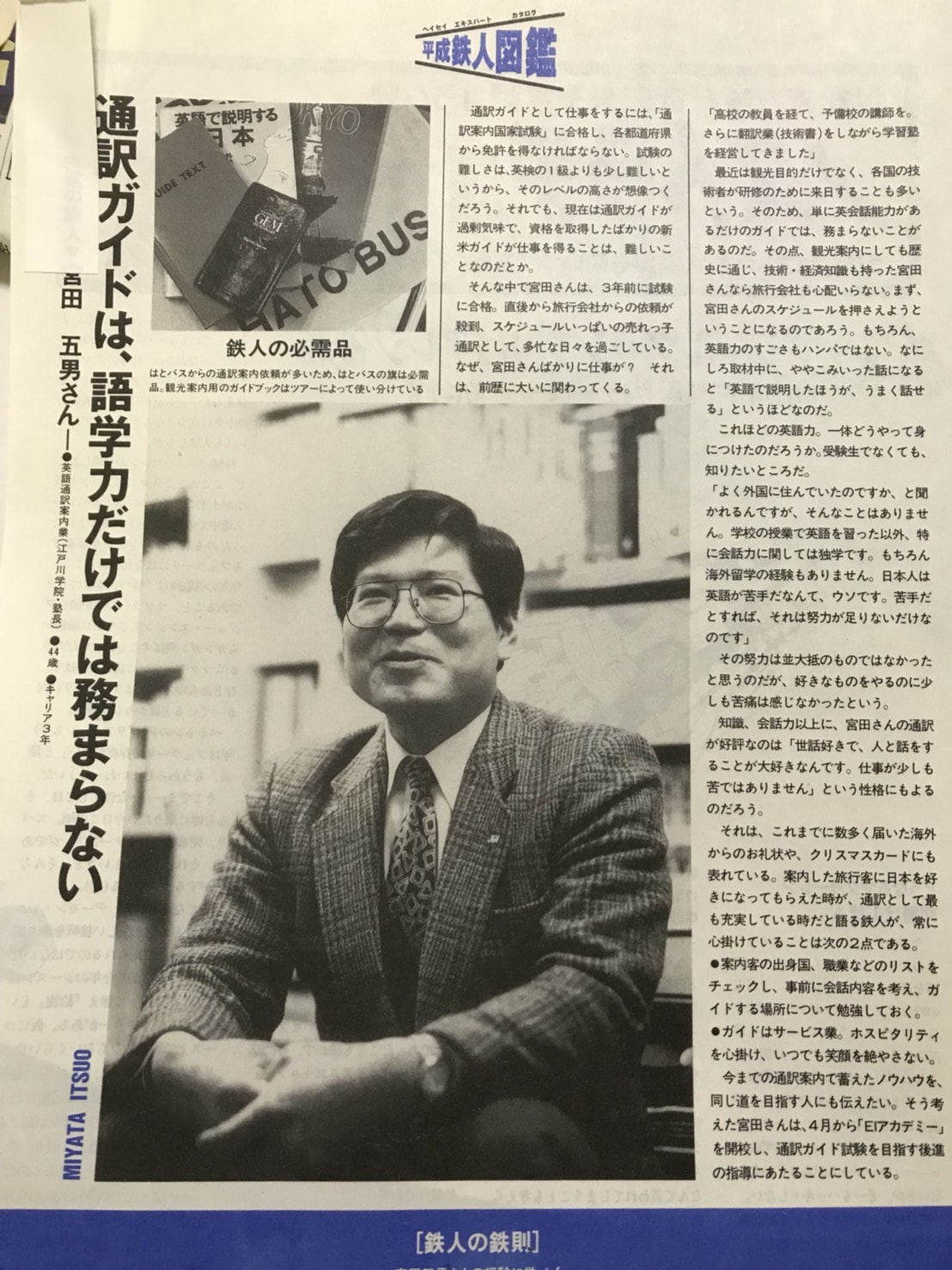